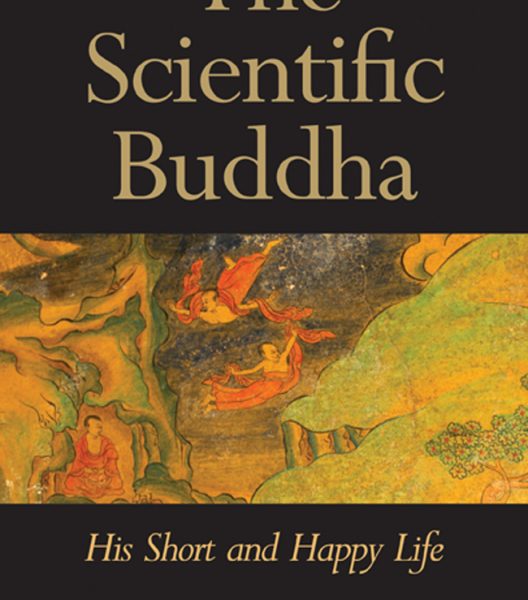 The Dwight H. Terry Lectures are an annual two-week lecture series that presents leading scholars in religion, science, and philosophy who reflect on how religion can embrace advances in scientific fields of inquiry and remain applicable in our everyday lives. Yale University Press publishes a print accompaniment to the lectures in The Terry Lectures Series; the most recent installment, The Scientific Buddha, by Donald S. Lopez, Jr., is published this month. Recent Terry Lectures Series publications also include: The New Universe and the Human Future, by Nancy Ellen Abrams and Joel R. Primack, and Absence of Mind, by Marilynne Robinson.

Although The Terry Lecture Series began over a hundred years ago in 1905, its teachings remain ever relevant. The Scientific Buddha is particularly noteworthy because it is the first address in the lectureship’s history to focus on a non-Abrahamic Western religion. It is also a very timely address, now that Buddhism has fully established itself in the 21st-century consciousness. The word “karma” is an official entry in the English dictionary, yoga and meditation classes are as commonplace as ballet classes, and His Holiness the Dalai Lama is frequent guest speaker at the United Nations. But this is not the first time that Buddhism has been in vogue in the West. Donald S. Lopez, Jr. discusses the emerging popularity of Buddhism in the 19th-century European imagination, a trend that prompted what he describes as the “birth” of the Scientific Buddha. This Westernized interpretation of Buddhism was appealing because it was the one religion that could reconcile spiritual faith and science, especially with the emergence of Charles Darwin’s theory of human evolution. But Lopez sheds light on how Buddhism may not be the “alternative savior” the West has believed, or wished it to be.

What the West has learned from the Scientific Buddha are teachings that actually depart from the original ideas propagated by the Buddha of 2,500 years ago. What’s more, our collective understanding of the terms “Buddhism” and “science” have evolved from the 19th century, which puts into question their compatibility in the present day. The branch of Buddhism that resonates with us today is actually Tibetan Buddhism, a sect that was formerly deemed “a superstition so degenerate that it did not deserve the name Buddhism, but was referred to as Lamaism.” And our collective understanding of “science” has shifted its focus from quantum physics and cosmology to neuroscience and meditation. What the Scientific Buddha effects, according to Lopez, is a gathering of followers who misguidedly view Buddhism as a collection of self-help techniques and fail to grasp the intended purpose and significance of the Buddha’s core teachings. However, were it not for the Scientific Buddha’s 19th-century celebrity, the religion may have ceded its influence in Asia to Christian evangelization. The Scientific Buddha critiques but also contextualizes the impact of this Westernized seminal figure, proposing that we refocus our devotion on the 2,500 year old Buddha whose philosophy provides valuable lessons, even if they do not fully accommodate scientific ideas.

Indeed, the enduring clash between science and religion is far from over, especially when prominent scientific scholars such as Richard Dawkins declare that “Faith is the great cop-out, the great excuse to evade the need to think and evaluate evidence.” While religion represents ancient, universal tradition, science is a predominantly Western manifestation of innovation and improvement. But does the innovation necessarily denote improvement? In positivists’ secular crusade to do away with religion, Pulitzer Prize-winning novelist Marilynne Robinson argues that they would also take away a crucial component of our being: the complexity of human consciousness. In her book Absence of Mind, she is not out to reject scientific discoveries and theories, but rather the attitude that science provides absolute answers and trumps alternative views. Rather, Robinson believes that positivists who seek to discredit the non-empirical foundations of religious faith also devalue “the whole enterprise of metaphysical thought.” A fundamental component of faith is not only belief but also contemplation, an activity that is the source of innovation.

As a renowned novelist, Robinson provides keen insight into the damage that aggressive positivism—a movement whose force is ironically comparable to that of a sectarian campaign—can cause to the arts and humanities. Are we to dismiss the importance of Michelangelo’s inimitably sublime masterpieces as little more than classified ads for a mate? While science can help us understand and preserve our world, proclaiming that science is the dominant factor in our lives can inhibit our creative potential as complex, thinking humans, which in turn helps us find mean­ing in our existence. The products of our human minds are history and civilization, the arts, sciences, and philosophy. But advances in sciences would not have been possible if our world did not foster creative thinking to interpret findings. In her thought-provoking book, Robinson presents a more nuanced humanism, one that champions our human achievements and existence not in the face of overbearing religion but of science. “Our species is more than an optimized ape…if this is merely another fable, it might at least encourage an imagination of humankind large enough to acknowledge some small fragment of the history we are.” Robinson was invited to speak about Absence of Mind on The Daily Show with Jon Stewart in 2010. You can watch the interview here.

Nancy Ellen Abrams and Joel R. Primack would agree with Robinson that we are a small fragment of a very long history. In The New Universe and the Human Future, they discuss how thinking about our existence in terms of the grand scheme of things, the cosmos, conveys how we humans are in the middle of an extremely lengthy chain of being that extends from parallel universes to dark energy. Lopez states that science has seen a shift in focus from cosmology to neuroscience, from the immense to the infinitesimal. But Abrams and Primack propose a return to cosmology, to studying the universe as a whole, as a way for humans to interpret our existence, a task that requires both religion and the complexity of human creativity. To understand our beginnings, though, what if we were to create a new creation story, a scientific origin story? They emphasize that we actually need a type of creation story, a narrative that can help us understand why we matter, how we connect to what’s “out there,” and what we can do to better the world we inhabit. And a scientifically-based creation story is now a plausible consideration because of three recent discoveries: the Big Bang, dark matter, and dark energy. Advances in sciences have reached a point where researches must work with what invisible forces, and accept that as the universe expands the visible universe is shrinking. As a result, we need to utilize a scientific-based imagination, which borrows from both traditional religion and our creativity.

Abrams and Primack readily admit that scientists need to borrow many ideas and images from religions because they, as cultural meditations of the cosmos, have ideas that resonate with us more than anything else. And what helps drive both religion and this scientific-imagination is our unique capacity to illustrate abstractions through metaphor. “Metaphor is our only entrée into our invisible reality.” Indeed, religion and the human mind can help science understand the evidence rather than ignore it as Dawkins suggests. And using those tools to help develop a cosmic approach to life based a scientific-origin story can help provide us with a way to connect with the bigger picture, that we are not a grain of sand in the vast beaches of the universe. History has demonstrated that having a shared cosmology can unify and inspire a culture. With a society united by a common understanding of our origins, we can do our part by preserving this world that has been the home to one of the most extraordinary creations in the universe, us. In 2011, Abrams and Primack were guest speakers at a TEDxSantaCruz conference, where they elaborated on the ideas discussed in The New Universe and the Human Future.

In cosmology, both the distant past and the distant future are ahead of us; the former to be discovered, the latter to be determined. The same can be said for the dialogue between science and religion. To understand and reconcile the value and differences of both, we can interpret their relationship in hindsight. But knowing that what’s ahead, in terms of new ideas or discoveries that can change the entire course of the conversation, which is what charges the Terry Lecture Series with vitality, provokes discussion that is stimulating and necessary. The books are not meant to be read in a particular order, but one gets a sense that they nevertheless speak to each other and continue the conversation in print to a global audience.

The Terry Lectures Series speaker this year is Keith S. Thomson, who is discussing the relationship between science and religion between the 18th and 19th centuries through the lives of Thomas Jefferson and Charles Darwin, two of the period’s most illustrious figures. Thomson is a distinguished historian of science who has authored over 200 papers and 12 books, including The Young Charles Darwin, which was published by Yale University Press in 2009. His latest book Jefferson’s Shadow: The Story of his Science, also published by YUP, will be released in November 2012. 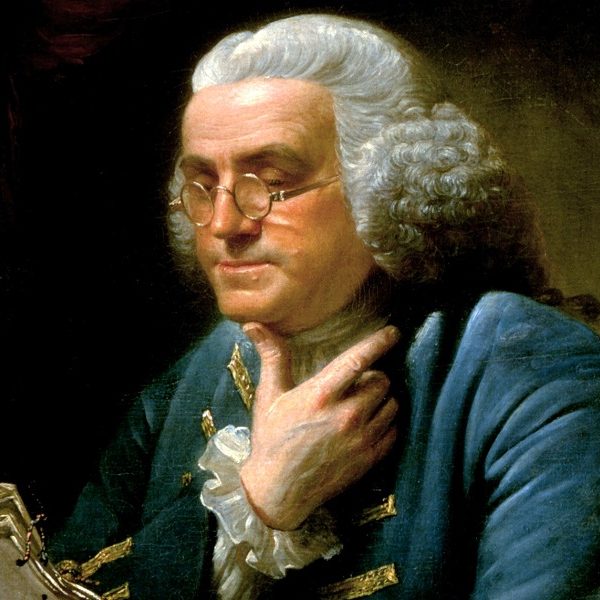 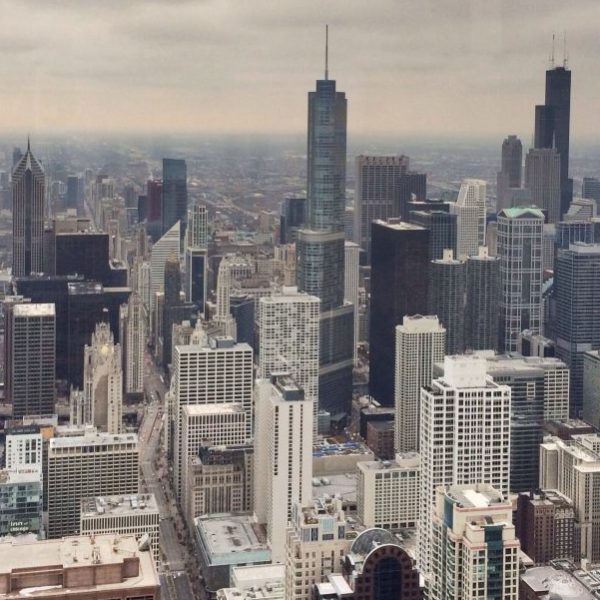 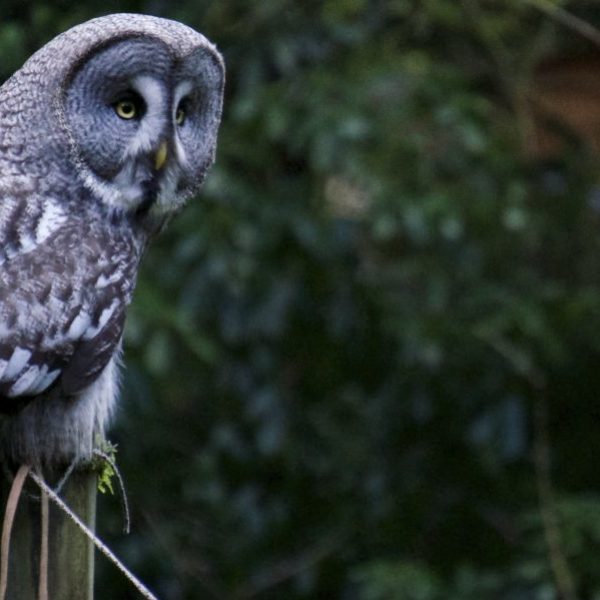 Mike Unwin— You needn’t be a birder to recognize an…