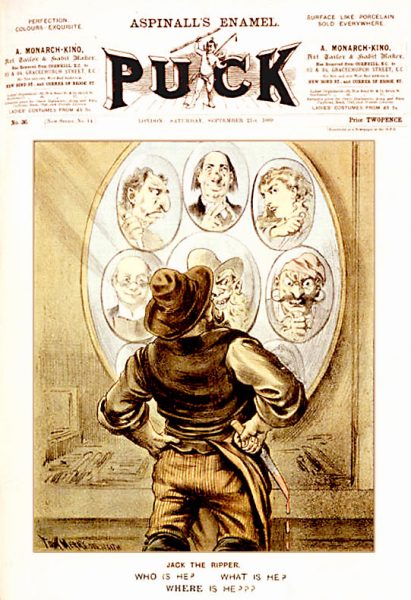 Did DNA Really Prove the Identity of Jack the Ripper?

If it seems too good to be true—it probably is.

Over the last few days the newspapers and television have become very excited over a claim that DNA tests on a silk shawl of scarf had identified Jack the Ripper, the uncaught Victorian serial killer who murdered several women in London’s East End in 1888. The shawl/scarf had been passed down through several generations of descendants of an 1888 policeman, Acting Sergeant Amos Simpson. According to family tradition, Simpson had been near Mitre Square, where the Ripper murdered Catherine Eddowes and where the shawl was allegedly found, and Simpson was allowed to keep it.

The shawl/scarf has been known about for decades, it has even undergone inconclusive DNA tests for a TV program and for a while was on loan to the Crime Museum (formerly known as the Black Museum) at Scotland Yard. The then owners retrieved the shawl when they decided to sell it. It was put up for auction, being bought by Russell Edwards, the author of the book Naming Jack the Ripper which has caused the recent brouhaha.

The trouble is that while there really was a policeman named Amos Simpson he belonged to N Division, a police division some distance away from H Division where the murders were committed. Policemen had been drafted into the H Division from other divisions, but these were all recorded in Police Orders, issued to police stations every day, and there is no mention of Amos Simpson. So Amos Simpson shouldn’t have been anywhere near Mitre Square. Small wonder that the shawl hadn’t been given very much attention by Ripperologists, as writers and researchers into the mystery are collectively called.

But the problems with the provenance—the history of the shawl/scarf—move to the back burner if the DNA evidence proves solid.

The big question, of course, is who the DNA revealed as Jack the Ripper. The shawl was once loaned to Scotland Yard’s Crime Museum and during his research Russell Edwards contacted the curator, Alan McCormack, to see if he had further information about the shawl. In the course of their conversation the curator said the police had always known the identity of Jack the Ripper, he was a man named Aaron Kosminski.

A document written by a senior policeman a few years after the murders in which he sought to exonerate a man identified in a newspaper as the Ripper named three men who were more likely than the suspect to have been Jack. One of them was a Polish Jew named “Kosminski”. Then, in 1910, Sir Robert Anderson, the head of the CID at the time of the murders, published his autobiography in which he stated that the Ripper was a Polish Jew who had been positively identified by an eyewitness and was subsequently committed to an asylum. Frustratingly Anderson did not name the man and amazingly it wasn’t until 1987 that writer Martin Fido speculated that Anderson’s unnamed Polish Jew was the same man as the Polish Jew called “Kosminski”. Prompted by a newspaper article referring to Fido’s theory a descendant of Chief Inspector Donald Swanson, who headed the Ripper investigation, produced the Chief Inspector’s own copy of Anderson’s autobiography. Swanson had made some marginal notes in which he said the Anderson’s suspect was—“Kosminski”. Martin Fido had undertaken an exhaustive search through the asylum records and had found only one “Kosminski”, a young man named Aaron Kosminski. 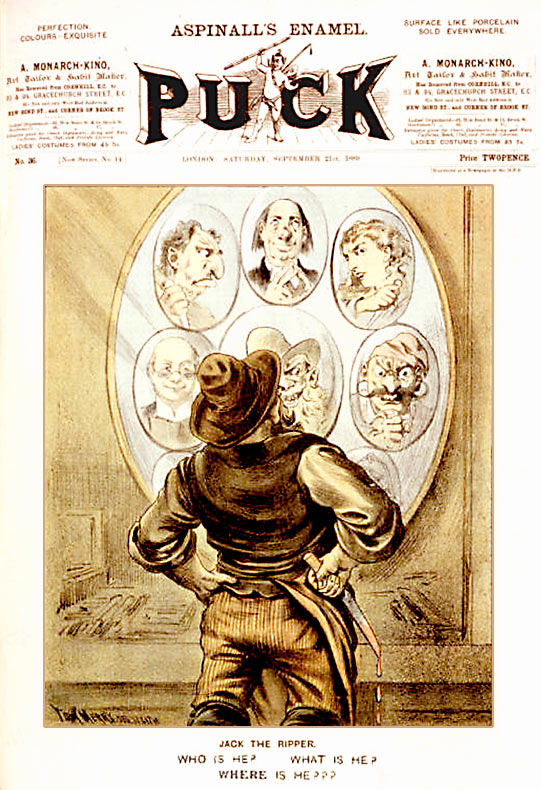 The cover of the September 21, 1889, issue of Puck magazine, featuring a depiction of the unidentified Whitechapel murderer Jack the Ripper via

The identification of “Kosminski”/Aaron Kosminski as the Ripper is fraught with problems and it was probably wrong for the curator of the Crime Museum to say with such certainty that the police had always known the identity of Jack the Ripper. Nevertheless, that two policemen very close to the investigation claimed that Kosminski was the Ripper obviously carried a lot of weight.

Dr. Jari Louheleinen, from Finland, is a Senior Lecturer in Molecular Biology at Liverpool’s John Moores University and an Associate Professor in Biochemistry and he has a list of publications only slightly shorter than your arm. He had met Russell Edwards, knew the story of the shawl, and was curious to see if he could extract any information from stains known to be on it. He offered to undertake a series of serious tests in his own time on condition that he could publish the results. Edwards jumped at the offer. Unless you know about DNA the information given in Mr. Edwards’ book is scientific gobbledygook, but initial tests revealed three things, a stain that appeared to be semen, a stain that appeared to be blood, and bloodstains which Jari, from his experience working with various law enforcement agencies, recognised as “’consistent with arterial blood spatter caused by slashing.’”

Unfortunately nuclear DNA deteriorates quickly and therefore when analyzing old material scientists have to rely on mitochondrial DNA (mtDNA). Discovered in the 1960s, it is inherited through the female line and is popularly known as the “Eve Gene”, but there can be hundreds of thousands of people with the same mtDNA. In this instance, however, the recovered mtDNA proved to be a rare strain which meant that it would be shared by 1 in every 290,000 people in the world. That sounds like a lot, but according to Edwards it means that in 1888 Eddowes would have been one of about twenty-five people in London to have the mutation. The test on the DNA in the semen produced a near perfect match with DNA provided by a direct descendant of Aaron Kosminski’s sister.

That DNA on the shawl matches a victim of Jack the Ripper and the man who senior officers at the time believed was Jack the Ripper is remarkable, after all the mtDNA needn’t have matched anyone connected with the Ripper case at all.

But there are serious problems with all this and we must await the expert responses to Jari Louheleinen’s paper when it appears.

And then there is the problem of explaining how the shawl passed into the hands of Amos Simpson.