Why Aren’t We Celebrating Constitution Day?

Today is Constitution Day, not that you would know it. The anniversary has never sparked the public imagination. Forget rivaling the 4th of July. Constitution Day doesn’t garner the publicity or even the retail sales of Presidents’ Day.

This blasé attitude toward Constitution Day runs counter to Americans’ zealous defense of their Constitutional rights, frequent yearnings for the “original” meaning of the Constitution, and near-sanctification of the Founders. Maybe it’s the fact that the Constitution created the federal government, about which Americans have often felt skittish and occasionally downright hostile. Or maybe two weeks after Labor Day—itself fascinating given America’s fraught history with unions—we’re too busy with work and back-to-school. Whatever the current cause of the indifference to commemorating September 17, we’ve actually gotten the history right. Nothing was settled on September 17, 1787, except that a long and difficult road lay ahead.

In July 1776, when the Revolutionaries finished their mammoth task of justifying the overthrow of imperial rule, they celebrated. John Adams said he hoped that future generations of Americans would always commemorate Independence Day “with Shows, Games, Sports, Guns, Bells, Bonfires and Illuminations”—the eighteenth-century word for fireworks—“from one End of this Continent to the other.”

But in September 1787, not even the staunchest advocate for the Constitution felt much like celebrating. The work was not done, not by a long shot. James Madison was the principal architect of the Constitution, and even he saw that on September 17 delegates to the Constitutional Convention only completed a proposal. It was, he said, “nothing but a dead letter, until life and validity were breathed into it, by the voice of the people, speaking through the several state conventions.” 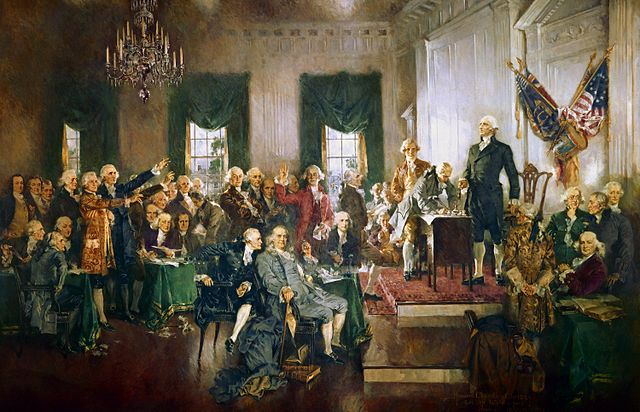 For the Constitution to become law, citizens needed to approve the plan, which required representatives to meet in popularly-elected state ratification conventions, debate every nuance of the design, and decide whether or not to consent to this radical restructuring of the union of states. Only if nine of the thirteen states agreed would the Constitution become law. To find the real meaning of the Constitution, Madison understood, “we must look for it not in the general convention, which proposed, but in the state conventions, which accepted and ratified the constitution.”  That process took nearly a year. James Madison was a thirty-six-year-old bachelor, living with and supported by his wealthy father, so he had the wherewithal to work full-time lobbying for the Constitution. He spent six months campaigning for the federal plan in New York and then continued the fight to his home state of Virginia.

In Virginia, in some of the most dramatic and important political debates in all of American history, James Madison took on Patrick Henry. Henry was the greatest orator of the Revolution and the most powerful man in the largest and most important state in the union. Madison’s national ambitions and continental point of view ran counter to Henry’s state-centered priorities. Henry had sixteen children and was deeply worried about their financial futures as well as about the sovereignty of the state of Virginia. The Constitution, he believed, jeopardized both by giving the federal government boundless authority over long-standing Virginia rights. Not one to mince words, Henry announced: “As this Government stands, I despise and abhor it.”

The deeply-divided Virginians were hardly alone. From fall 1787 to summer 1788 and across the whole country, advocates and critics of the Constitution engaged in fierce debates involving allegations of mendacity, craven self-interestedness, willful ignorance, and outright treason. If they accepted the Constitution, critics insisted, Americans would deservedly find themselves “broiling in a Hell of Slavery.” Without the Constitution, supporters pronounced, they would “sink into contempt and anarchy” and cause “a total dissolution of our short existence as a nation.” The only thing Americans generally agreed on was the stakes: they were deciding “not the fate of an individual, but that of millions.” Their country was counting on them to do the right thing.

So, for ten months citizens interrogated the meaning and implications of every part of the federal design. Fitfully and finally, the Constitution was ratified in June 1788. The exact day is tricky, though. On June 25, Virginia narrowly voted to ratify, 89 in favor, 79 opposed. A mere six votes, then, would have redirected the course of American history. Patrick Henry accepted defeat while vowing to work toward “seeing that Government changed so as to be compatible with the safety, liberty and happiness of the people.” James Madison breathed a sigh of relief and his side briefly celebrated Virginia becoming the 9th and crucial state. What they didn’t know, because information traveled by horse, was that New Hampshire beat them to the punch, voting in favor of the Constitution just a few days before.

Either way, things remained unsettled even after June 1788. Completing the Constitution spilled into the first Congress. In 1789, at the insistence of voters demanding their rights be codified, Congress sent the states a series of proposed revisions, which we today call the Bill of Rights. Usually Americans forget that these after-the-fact changes, which most of the original framers of the Constitution had long dismissed as unnecessary and impractical, transformed the Constitution. Since then (though not too often) we’ve continued to alter the fundamental nature of their plan, to make it our own.

Americans often lament the lost world of the founders. But on this Constitution Day, take heart: we’ve not strayed all that far from our Founding Fathers after all. On closer look, our civic life, like theirs, often seems messy and divisive and sometimes downright vicious. Things never get decided as soon as we’d like, and we often fall into reflexively disparaging the motives and patriotism of those with whom we disagree. But we also publicly proclaim our opinions without fear of governmental reprisal, and we move toward consensus when we can and otherwise reconcile ourselves (often begrudgingly) to peaceful disagreement.

Historically, then, we are right in our non-celebration of a Constitution Day. Creating the Constitution was and remains a work in progress. But we are civically wrong—dangerously so—when we fail to understand the history of the Constitution and its language and meaning. So, forget the forgetting to celebrate today and use the time instead to read the Constitution and weigh in your own mind what it means. Your country is counting on you.

Lorri Glover is John Francis Bannon Endowed Chair, Department of History, Saint Louis University. She is author of four previous books on early American history, including The Shipwreck That Saved Jamestown. Her most recent book is Founders as Fathers. 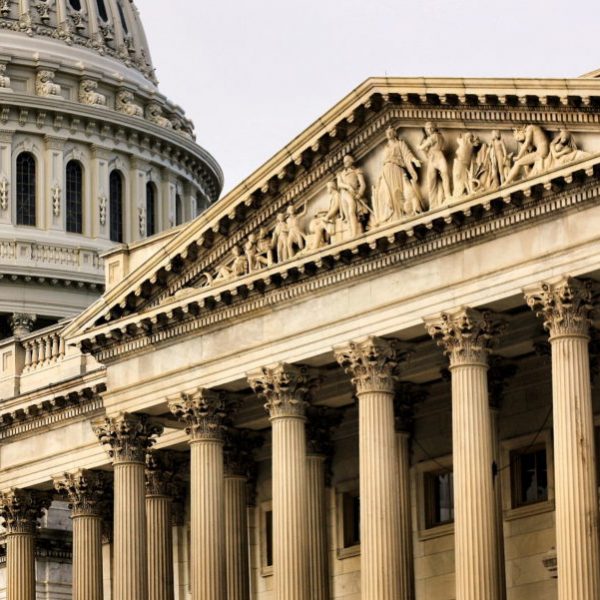 The Substance of the Constitution: Rights, Structures, Conventions

Mark Tushnet— Donald Trump’s election and the first weeks of… 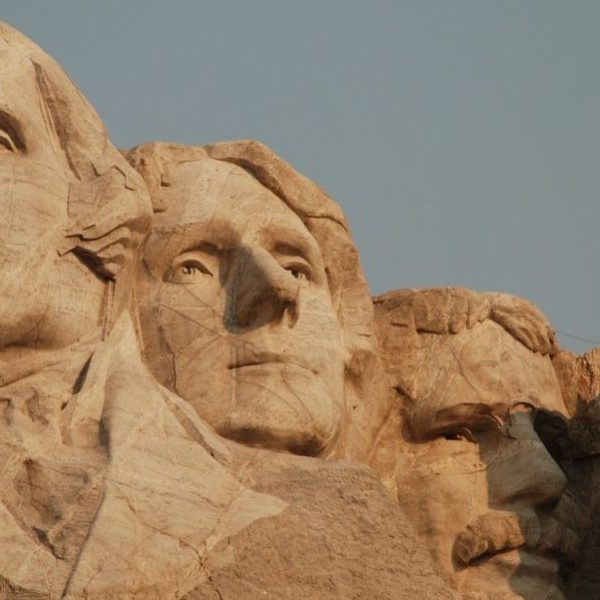 Lorri Glover— Among people Donald Trump refers to as his… 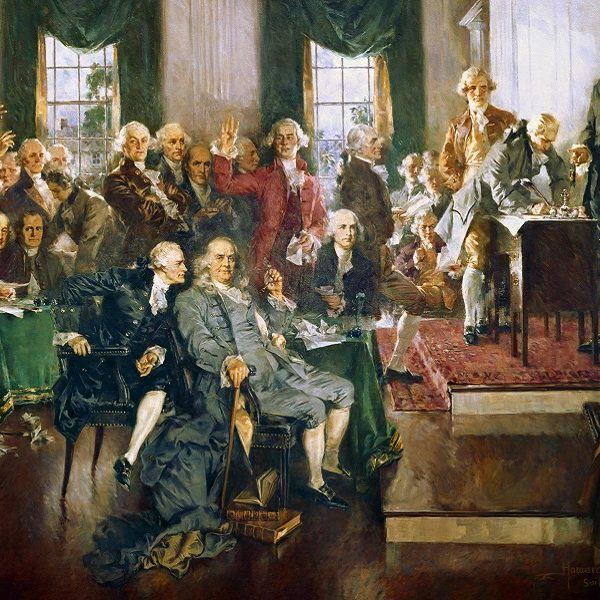 Why the Constitution Matters