Ebola: Where Did it Come From and Why Does It Spread?

All diseases are mirrors of society but some—especially epidemic diseases—lead us to reflect on the way we are heading. Ebola is one such disease. Although it is still largely confined to tropical Africa and is unlikely to decimate other parts of the world, its lessons are relevant to us all. It is a warning that something has gone badly awry.

Ebola was unknown to science until 1976, following an outbreak in the Ebola River basin of what was then Zaire, now the Democratic Republic of Congo. Since then, there have been eleven outbreaks with more than fifty cases. But their frequency and their scope have been increasing—dramatically so in the case of the recent outbreak, which has claimed well over 7,000 lives. The question is why are these occurrences increasing? 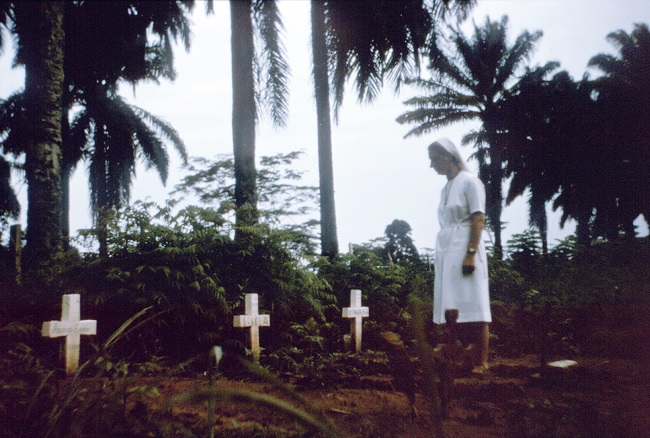 Like some other “emerging” diseases, the risks of contracting Ebola have steadily increased. Bush-meat (the chief source of infection) is an attractive, low-cost source of protein for people who are desperately poor. Populations in a region ravaged by war and civil unrest are among the least likely to be able to find alternative, affordable means of sustenance. At the same time, urban sprawl and penetration into wild habitats have brought humans increasingly into contact with animals such as fruit-bats which carry this and other lethal diseases. And once the disease has been contracted, labor migration (moving back and forth between villages and cities or industrial facilities) makes it far easier to spread than in communities which are settled. Most previous outbreaks of Ebola were confined to rural areas, but this one uniquely straddles the rural-urban divide, making the disease harder to locate and infected persons harder to track.

Liberia, Sierra Leone, and Guinea—the countries most affected by the current outbreak—are desperately poor and lacking the infrastructure needed to deal with an epidemic on the present scale. In all these countries, the proceeds of economic development have benefited only a small section of society due to the nature of the major industries (e.g. mining), the legacy of civil war, and widespread corruption. Another result of this toxic union is that many people simply do not trust the government or outsiders who come to help them. Some people even think the disease has been spread deliberately to kill them. As a historian, I have seen this many times before: during the Black Death, in the cholera outbreaks of the nineteenth century, and during the plague pandemic of the 1890s and early 1900s. Such rumours flourish where the bonds of society have frayed. The recent national curfew in Sierra Leone, which some warned might increase animosity toward healthcare workers, fortunately passed off without serious unrest, but if such a measure were repeated, especially for a prolonged period, the historical precedents are not good—either from the viewpoint of efficacy or their potential to alienate and enrage.

The tardiness of the international response to the crisis in Africa is also a sign of a deeper malaise in the world of global health. Across the developed world, many idealistic young graduates are drawn to work in an area that appears to promote social justice and equality of access to health care. It is a noble vision. But the world of global health is dysfunctional. Effective action depends on the alignment of a wide range of actors—NGOs, national governments, charities, pharmaceutical companies, philanthropic foundations, and, of course, global bodies such as the World Health Organization. In this case, the magnitude of the problem was initially under-estimated, but even after its scope became apparent it has proved difficult to orchestrate an effective response. When national interests are not directly at stake, “global” health is rarely in evidence. 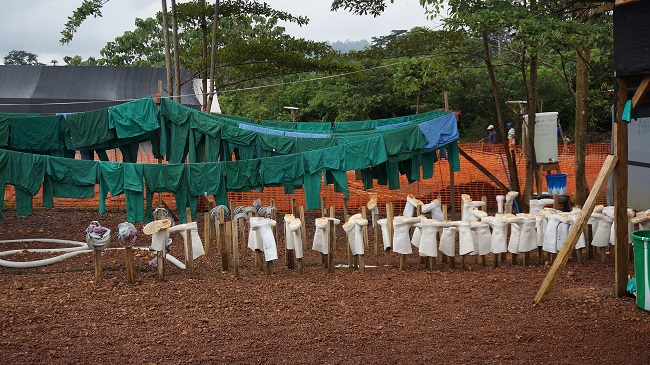 While people in affluent countries have little to fear from Ebola itself, the impact of this disease on the health of these poor African countries and on their economies is likely to affect us all. Some mining companies have been badly hit by the disaster, the value of their stock plummeting as key personnel are removed. No wonder that large mining companies have been pressing for more international assistance. In the long term, these ravaged and neglected countries are likely to experience further civil unrest that will spill into neighboring countries and destabilize the global economy.

The situation in Ebola-hit Africa should also lead us to consider what might happen if our own countries experienced a truly severe epidemic. While most affluent nations would find it easier to cope with a disease like Ebola, an epidemic of a deadly fast-spreading strain of influenza would pose major challenges. Just as the response to Ebola has been compromised by division and distrust, most nations are becoming more unequal and there is a pervasive sense of discontent and unfairness. People’s material expectations have risen far beyond what most can reasonably expect to achieve. The effects of this have been corrosive, and a severe pandemic would sorely test social cohesion and the abilities of most governments to maintain order.

Lastly, we should take stock of our changing relationship with other species. Historically, the single most important factor in human health has been our relationship with other animals and when that changes—as a result of trade, settlement, or farming practices—we can fall victim to zoonoses, infections which cross the species barrier. Ebola, SARS, and influenza remind us that the trade in animals and meat-products (legal and illegal) remains a continual source of infection. It is often inadequately policed. On a deeper level, the rapid changes which have taken place in inter-species relationships bode ill for the future, and the rise of intensive farming—itself partly a consequence of rapid urbanization—requires particular attention.

Zoonotic diseases are among the greatest challenges of our time. We cannot rely simply on containing them—as many would have us believe—but need to understand the complex economic and social factors which favour their emergence.

Mark Harrison is professor of the history of medicine and director of the Wellcome Unit for the History of Medicine, University of Oxford. His previous books include Medicine and Victory: British Military Medicine in the Second World War and The Medical War: British Military Medicine in the First World War, for each of which he was awarded the Templer Medal. His latest book is Contagion: How Commerce Has Spread Disease.

What SUP From Your Favorite University Presses, November 21, 2014