The Olympians of Ancient Greece

In the early days, the Olympics seem to have been an informal local festival with only aristocratic contestants. Athletes competed not so much as representatives of their cities – many of which were little more than villages, or at best hilltop strongholds – but on their own accounts, to prove their superiority over their peers, and to win honour, fame and prizes.

Prizes? These seem so alien to ‘the Olympic tradition’, yet it seems near certain they were once awarded. Today, athletes appear to compete for honour and fame alone; it is enough to win, to be crowned with the wild-olive wreath, to be known throughout Greece as Olympic champion. Is that not so?

Well, not exactly. After all, you will never meet a poor sports-star. The sturdy peasant-farmer who takes time off to win glory at Olympia and then returns dutifully to his plough is the stuff of fable. The reality is that athletes: (a) need patronage to get to the top in the first place; (b) can expect to be richly rewarded by a grateful home city if they win; and (c) find their star status will thereafter make them a welcome addition to the programme at countless prize-giving games across Greece.

Nonetheless, a basic point remains: the EOC (Elean Olympic Committee) emphatically does not award prizes at the modern Games. It is the home city that sometimes provides the financial backing and rich rewards of its athletes. Only cities hosting ‘money games’ offer celebrity-level prizes to attract the best athletes to its festivals.

But things did not work that way 350 years ago. What was the incentive then, when city-states were mud villages, and the Olympic Games only a local festival? Why should anyone bother to compete?

Archaic Greece was a very different place. It was ruled by gangs of rowdy nobles, each in control of a walled hilltop redoubt, from which they dominated and ruled a few square miles of farmland. A true ‘band of brothers’ who would stand four-square together in a bust-up with their neighbours, they were also egotistical, highly competitive, and given to boasting and brawling among themselves.

What held this fractious society together were strict rules of conduct in relation to kinsmen and guest-friends. A stranger was always entitled to food, drink and shelter, and once granted, he became a guest-friend, one with whom permanent reciprocal social obligations as binding as those attaching to kinsmen had been established.

What made these social connections especially durable and effective was the universal practice of gift exchange. Aristocratic social networks were kept connected by the endless circulation within them of ‘prestige goods’. Hosts would send their guests away laden with presents. The higher the status of donor and recipient, the greater the value of the gifts. The greatest lords accumulated huge reserves of prestige goods: arms and armour, highly crafted bronzes, fine horses and chariots, pretty slave-girls, expensive fabrics, jars of wine, oil and honey. These reserves became measures of a man’s rank and status. Prestige goods were the currency of social power.

Treasure, then, was honourable. How could other men judge accurately one’s ‘excellence’ (arete) without this measure of worth? To be excellent and for other men to know it: that was the thing.

Homer is our source for this period. His two great poems, the Iliad and the Odyssey, were first written down in the eighth century BC, around the time the Olympic Games were founded. Though they represent an oral poetic tradition which had been developing since the twelfth century BC, the poems as we have them do tell us much of Homer’s own social world – that of the boisterous warrior-nobles of the early Archaic Age, among whom he lived and worked as an entertainer.

Homer was successful because he gave his audience what it wanted. You do not offend your patrons. You tell it as they like to hear it. Arete is central to the aristocratic value-system Homer describes, and by it he means not just ‘excellence’ in a general sense, but the excellence to which the men who were his listeners aspired: manly beauty, physical prowess and staying-power, courage and endurance in battle. Homer’s nobles were neither patriots nor democrats. They did not fight for a cause. They were bragging, bickering individualists out for personal glory. That is why they needed prizes: not for their own sake, but as measures of achievement.

What does Achilles offer as prizes at the funeral games of Patroklos? For the charioteers, ‘A woman skilled in excellent handcraft, and a tripod with handles holding twenty-two measures, for the winner to take. For the second, the prize he set out was a mare six-years-old and unbroken, pregnant with a mule foal. For the third, he put down a beautiful cauldron holding four measures, untouched by the fire and with its new brightness still on it. For the fourth, he put down two talents of gold, and for the fifth, a two-handled bowl untouched by the fire.’

There was a prize for everyone (there were only five entries), but, of course, the value of the prize reflected the ‘excellence’ of the recipient. This was also the pattern for other contests. The winner of the boxing was given a mule and the loser a two-handled cup. When Achilles displayed the prizes for the wrestling, the relative values were precisely estimated: ‘For the winner, a great tripod to stand over the fire, which the Achaians [Greeks] among themselves valued at twelve oxen’s worth; and as the prize for the beaten man, he brought a woman into the centre, one skilled in the range of handcraft, and they valued her at four oxen.’ For the foot-race, a silver mixing-bowl, a great ox, and half a talent of gold were the prizes. There were arms and armour for the duellists, a five-years’ supply of pig iron for the discus-throwers and the archers, and a spear and a cauldron for the javelin-throwers.

Now, of course, these are only stories. Whatever germs of historical truth about events long ago Homer’s poems may contain, they have become encrusted with centuries of legend and fable. But the Iliad is not a fantasy. Characters may be invented, but they inhabit a social world that would have been recognisable to Archaic-Age Greeks. And the evidence is there at Olympia for you to see. The Sanctuary is a museum of expensive antiques, its temples and treasuries piled high with objets d’art, many surviving from the ‘heroic age’ of the Games, when they were, at some point, dedicated as votive offerings.

From A Visitor’s Guide to the Ancient Olympics by Neil Faulkner, published by Yale University Press in 2012. Reproduced by permission.

Neil Faulkner is a freelance academic archaeologist and historian and editor of Military History Monthly. A research fellow at the University of Bristol, he codirected the Great Arab Revolt Project in Jordan (2006–14). 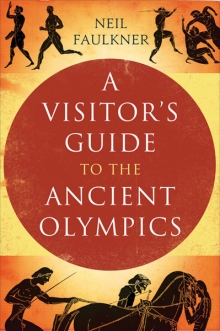 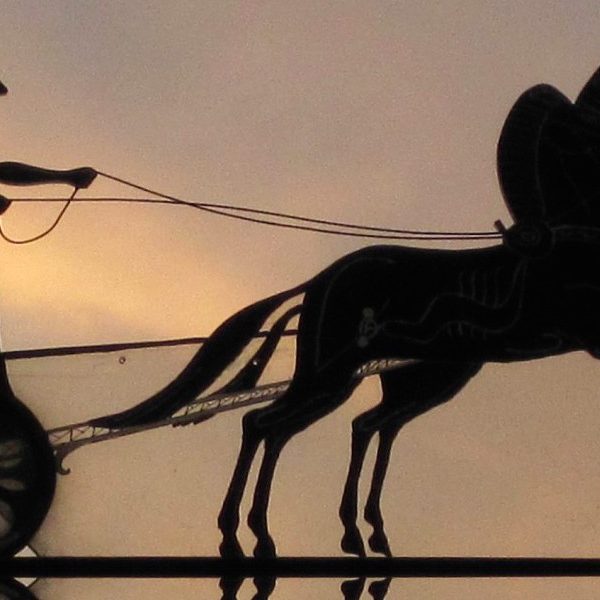 Was There a Spartan Mirage?

Paul A. Rahe— It has always been hard for outsiders… 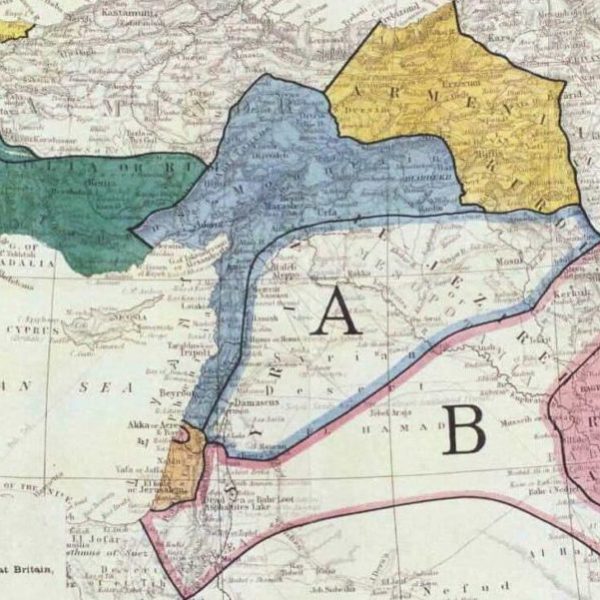 The Sykes-Picot Agreement and the Modern Middle East

Neil Faulkner— A hundred years on from Sykes-Picot, the Middle… 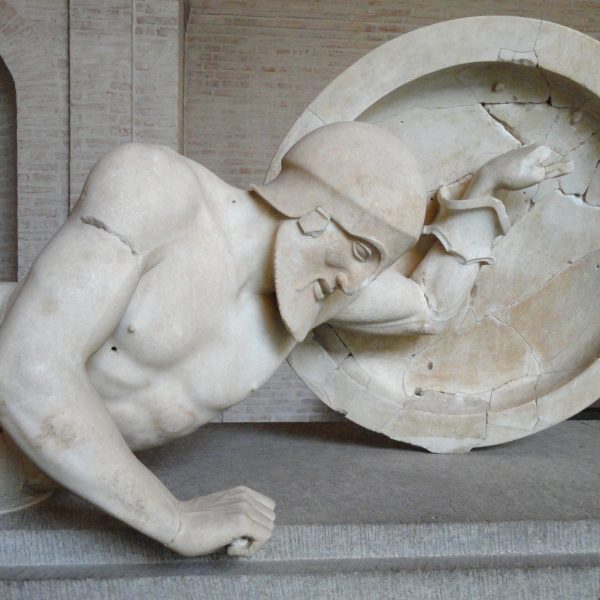 The Persian Wars: Why We Must Attend to Sparta

Paul A. Rahe— The study of ancient Greek history in…