Stage Fright, Shyness, and Speaking to the Crowd

I have been shy for as long as I can remember. For half of my life it just seemed an inconvenience, something to live with rather than be curious about. I became interested in shyness as a subject—one that might repay careful reflection—when I began to find my own way of working around it. A few weeks into my first year working in a university, I stood up to give my first-ever lecture. My students, I had noticed, seemed solicitous and concerned for me: never a good sign. But as soon as I started speaking, I felt the relief of the room, a mass exhalation of breath. A benefit of being shy is that people have such reassuringly low expectations of you. I had set a low bar and clambered over it.

I turned out to be a good public speaker. I felt more at ease at the lectern than talking to a stranger, or even to a colleague. I was thankful for the clarity and structure of the format, for the props—lectern, microphone, clicker—that told me how I should behave. I had been given leave to speak.

Shy people can be drawn to performing and are often surprisingly good at it. It’s not that we don’t suffer stage fright; it’s that there is something leveling about the experience. For stage fright is the shyness everyone gets: the common cold of self-consciousness. And the shy know as well as anyone that life is a perpetual performance, that when they step out on stage all they are doing is substituting one role for another.

The psychoanalyst Donald Kaplan once suggested that stage fright’s most terrifying aspect was the actor’s sense of “a complete deprivation of his everyday poise-retaining mannerisms, which are about to be supplanted by the gestures of the performance.” The terror came, Kaplan thought, from facing others without those near-invisible gestures that, in our daily lives, make us feel like ourselves. Perhaps shy people are drawn to the stage because they do not have this everyday poise, so they are looking to strike another pose that might work better for them. For the shy, the pressure of performance can be easier, or at least no harder, than the challenges of daily life.

The lecture theater can be an even more nerve-racking space than the stage. True, the lecturer doesn’t have the actor’s feeling of being intensely scrutinized under a spotlight from a dark auditorium. (The illuminating name that Germans give to stage fright is Lampenfieber: lamp fever.) But nor does the actor have the lecturer’s sense that her knowledge and authority are on the line.

There can be something gladiatorial about it. In his recent memoir, Brief Candle in the Dark, Richard Dawkins writes about being invited to the Royal Institution in London to give the “Friday evening discourse.” In this tradition dating from the 1820s, both lecturer and audience members are required to wear evening dress. The lecturer is locked in “Faraday’s room” for 20 minutes beforehand, having been handed Faraday’s own guide on how not to give a lecture. While a clock strikes the hour, the lecturer stands outside the famous lecture theater, and on the last strike, an official throws open the double doors and the lecturer enters. She must start talking about science from the very first sentence (with no preamble about thanking people for coming or anything). The last sentence of the lecture must be spoken just as the clock begins to strike the next hour. It is hard to imagine a format more designed to induce shyness.

And yet this elaborate ritual also points to an important truth. The lecture is theater, and you can fake it, like the lecturing ape in Franz Kafka’s story “A Report to an Academy,” who learns human speech and gestures to avoid having to live in a cage. The best lectures, I have realized, are full of what the Elizabethans called “lively turning”—strange juxtapositions, rhetorical tricks, surprises, jokes. In other words, they are an act.

If you are feeling confident, you can use a lecture to play around not just with words but with silence. The sociologist Nikolas Rose would turn up to give a lecture to first-year students at Goldsmiths, the University of London, gather up his notes and then say nothing. One year he managed to stretch the silence out for 40 minutes. (This story appears in the book Academic Diary, written by one of Rose’s colleagues, Les Back.) Rose was, of course, making a point to his students about the power and authority invested in certain kinds of speaking. That takes more nerve than I can muster.

I have also found that my stage fright returns if there is a question and answer session at the end of the lecture. Here I have to come out of role and will surely be found out by that left-field question from the audience which will induce brain freeze and a calamitous attempt to answer that ties itself up in tortured syntax before dissolving into terrifying silence. This has happened rarely to me in real life, but just often enough to fuel my catastrophizing imagination. That moment when the trickle of applause dies down and the chair asks for questions from the floor marks the transition between two types of performance. One feels comfortingly fake, the other terrifyingly real.

My life as a lecturer has taught me that shyness is complex and situational. Human beings are social animals by instinct and default setting, so all that shyness does is to make us sociable in peculiar and circuitous ways. It can encourage us to reroute our dormant social impulses into new and creative areas: writing, singing, acting, public speaking. “Les grands timides,” as the French psychiatrist Ludovic Dugas called them in a 1922 book of that name, lead lives of “complicated dissimulation, full of subtleties and detours.” Shyness is less a shrinking away from the world than a redirection of our energies. It can prod us into doing what we might not have done if we had found our everyday encounters more congenial. It leads us down stimulating side streets after it has blocked off the main routes.

It can even cure us of stage fright.

Joe Moran is professor of English and cultural history at Liverpool John Moores University. His previous books include On Roads: A Hidden History, which was longlisted for the Samuel Johnson Prize. He lives in Liverpool, UK. 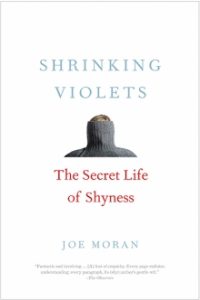 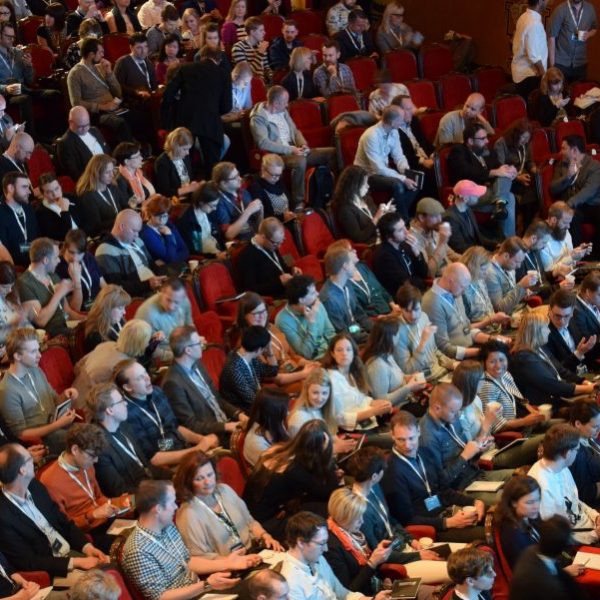 Christopher Lane, author of Shyness: How Normal Behavior Became a…