If there’s one thing that seems to promote eloquent language more than anything else, that is found repeatedly in the speech of any orator I’ve ever listened to, that appears in every language I’ve ever studied, it’s the “rule of three.”

Eloquence is infectious. You notice a clever trick in an eloquent speech and think to yourself, “I could do that.” So you try it out. And if it works, you keep it in your repertoire. One of the best bits of advice if you’re an inexperienced speaker is to listen to as many speeches as possible, and cherry-pick the successful strategies that you think will best suit your own personal style.

The rule of three is one of the oldest tricks in the eloquence business. All public speakers know that they can get a round of applause if they use a triple with structural parallelism:

I was with you yesterday!
I am with you today!
And I will be with you tomorrow! [Cheers]

You have to put it across effectively, of course, with a crescendo peaking on the third item. It would be a curiously bathetic effect if you started with maximum loudness on the first item and ended with a pianissimo on the third.

What you must never do, of course, is overdo it. Imagine a speaker who has just produced a triple like that. If he went on to immediately produce another one, the effect would begin to pall.

I said this in Brussels!
I said it in New York!
And I am saying it now in London! [Cheers??]

If a rhetorical trick is used twice in quick succession, listeners begin to notice it, and that’s the worst thing that can happen to a speaker. When the style gets in front of the message it becomes a distraction instead of a reinforcement. It’s the same with any art form: seeing the brush strokes rather than the painting, or hearing the virtuoso playing rather than the concerto. The French essayist Michel de Montaigne makes the point: “Shame on all eloquence which leaves us with a taste for itself not for its substance.”

The strategy operates regardless of gender, age, class, or occupation:

We now know that it is not government, but free enterprise, which is capable of creating wealth, providing jobs and raising living standards. (Margaret Thatcher, 12 December 1990)

. . . they should be more clear with us about who the military is fighting for, who our tax dollars are supporting and, ultimately, how much does the prime rib cost? (Lady Gaga, 20 September 2010)

And a powerful double triple from Aung Sang Suu Kyi:

It is not enough merely to call for freedom, democracy and human rights. There has to be a united determination to persevere in the struggle, to make sacrifices in the name of enduring truths, to resist the corrupting influences of desire, ill will, ignorance and fear.

If we explore their entire speeches, we find triples popping up all over the place, but not in such a way that they draw attention to themselves. That’s the clever bit: to hide the virtuosity.

How is it done? By varying the way in which triples are used. It’s not just clauses that can be grouped in threes. It could be phrases, single words, or whole paragraphs. Obama uses each of these in his next three paragraphs. Here they are in full, with the triples in bold and main pauses marked by dashes (and including any hesitancies, such as “th” below):

It’s – the answer told by lines that stretched around schools and churches — in numbers this nation has never seen — by people who waited three hours and four hours — many for the first time in their lives — because they believed that this time – must be different — that their voices – could be that difference.

It’s the answer spoken by young and old — rich and poor — Democrat and Republican — black, white — Hispanic, Asian, Native American, gay, straight – disabled and not disabled – Americans who sent a message to the world – that we have never been – just a collection of individuals or a collection of red states and blue states – we are and always will be the United States of America.

It’s the answer – th that led those – who’ve been told for so long – by so many to be cynical – and fearful – and doubtful about what we can achieve – to put their hands on the arc of history — and bend it once more toward – the hope of a better day. – It’s been a long time coming – but tonight – because of what we did on this day – in this election – at this defining moment – change has come to America.

Triples continue throughout the rest of the speech, as we’ll see, but at intervals, so that they don’t become intrusive.

What tricks are used to fill the spaces between the triples? A different stylistic technique is needed, to provide variety and maintain pace, and the most common is the “magical number two” – the use of pairs, and pairs within pairs. Here’s the second paragraph again, but this time with the pairs in square brackets:

It’s – the answer told [by lines that stretched around [schools and churches] — in numbers this nation has never seen] — [by people who waited [three hours and four hours] — many for the first time in their lives] — because they believed [that this time – must be different — that their voices – could be that difference].

The “by lines” and “by people” contrast is a pair – but each contains another pair. Note how, strictly speaking, the pairing is unnecessary. He could have said simply:

lines that stretched around buildings . . . by people who waited hours . . .

but the pairing is semantically more concrete and rhythmically more effective. A triad would have been unwise here, for the underlying meaning is actually rather banal, and to keep it going would be to produce a feeling of padding:

Speakers who haven’t really got anything to say do this a lot. The speech fills the time, but listeners go away wondering what they got out of it.

Pairs, as with triples, have to vary if they’re not to become boring. The main pairings in the second paragraph are quite complex – whole clauses. What Obama does in his third paragraph is, to my mind, the most daring piece in the whole speech: a list almost entirely consisting of pairs:

It’s the answer spoken by [young and old] — [rich and poor] — [Democrat and Republican] — [black, white] – Hispanic, Asian, Native American [gay, straight] – [disabled and not disabled] – Americans who sent a message to the world – that we have never been – just [a collection of individuals] or [a collection of [red states] and [blue states]] – we [are and always will be] the United States of America.

Beware lists, especially lists of people! They’re dangerous things, because they prompt listeners to notice who might have been left out – although that day I don’t think anyone was counting. This was a hugely effective listing, which generated sporadic applause throughout.

You’ll have noticed that the pairs aren’t all the same. Some pairs are linked by and, and some aren’t. The “collection” pairing is linked by or. Why? Just as triads have to vary to avoid monotony, so do pairs. It could become a boring list otherwise. But there’s a subtle semantic issue also. The omission of and reduces the force of the contrast and allows the suggestion that the list can be extended. Unlike young and old and the others, the list of ethnic groups is open- ended. It implies that there are other groups apart from the ones mentioned, and this suggestion is reinforced by an uncoordinated triple (Hispanic, Asian, Native American . . .). Notice how this effect would be lost if and were added: Hispanic, Asian, and Native American. Running straight on to gay, straight without a pause also helps to avoid giving the impression that the list is complete.

From The Gift of the Gab by David Crystal, published by Yale University Press in 2016. Reproduced by permission.

David Crystal is an independent scholar with lifelong experience as a lecturer, public speaker, and broadcaster. He lives in Holyhead, UK. 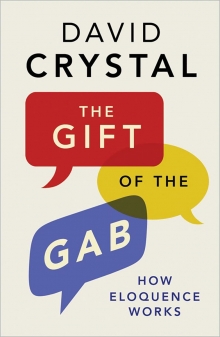 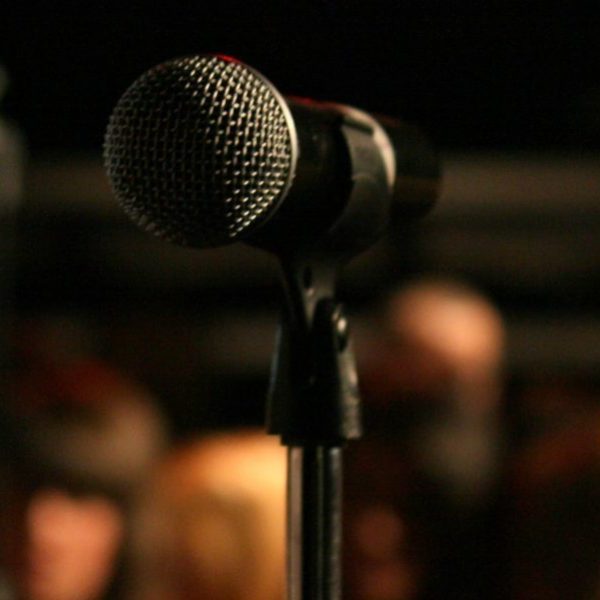 Stage Fright, Shyness, and Speaking to the Crowd

Joe Moran— I have been shy for as long as…

For Those Who Never Tire of Words

“Language is different from every other subject you’ll ever study,…

David Crystal’s Little Book of Language on NPR and Newsweek

Yesterday proved to be a big day for David Crystal’s…