The very public murder of young Kitty Genovese in New York City motivated the next social psychology exploration on the nature of malice. On the night of March 13, 1964, Genovese left work and was walking on a street in Kew Gardens, Queens, when she was chased down and stabbed. The murder was doubly horrific. She didn’t die suddenly; rather, her assailant kept chasing her, stabbing and slashing her over and over again in an attack that lasted more than thirty minutes. She called out in terror: “Please help me! Please help me!” But no one did.

Two investigators, John Darley and Bibb Latané, designed a series of experiments to find out why people do not intervene even in life-threatening situations. If Milgram conducted his studies on the infl uence of authority, looking over his shoulder at Nazi Germany, Darley and Latané wanted to learn what accounts for bystander apathy. Why did no one intervene to save Genovese’s life? Why did so many people stand by and do nothing to save the lives of Nazi victims? It was a topic Hannah Arendt had wrestled with in another context: “Under conditions of terror most people will comply but some people will not. . . . No more is required, and no more can reasonably be asked, for this planet to remain a place fit for human habitation.” Sadly, the number of people who resist complying is small.

To be fair, emergency situations are often sudden, ambiguous, and out of the typical life experience of the beholder. But, as Darley and Latané would learn, there was something about the social environment itself that influences how a person would respond to emergencies. Painstakingly, first at Columbia University and New York University and then at Princeton University, the investigators grappled with this problem in multiple experiments.

Darley and Latané confronted their subjects with a threatening situation and assessed how the subjects would respond. Then, in an ingenious twist, Darley and Latané studied the subject alone or else in small groups. How would a subject respond to an emergency in the presence of other people who appeared to ignore what was happening?

In one experiment, subjects reported to a room to talk about the problems of urban life while smoke poured from the room’s heating register—not just a few puffs, but so much smoke that by the end of the session “vision was obscured in the room by the amount of smoke present.” When subjects waited alone, 75 percent of them quickly reported the smoke, but when they entered a room with two other seated people who studiously ignored the smoke, the subjects’ behavior was strikingly different. Only 10 percent of these subjects reported the smoke even though they “coughed, rubbed their eyes, and opened the window.”

In another experiment, subjects arrived at the lab and were greeted by a receptionist who stood up, drew a curtain, and noisily clambered up on a chair to grab some folders. The receptionist surreptitiously turned on a tape recorder, which played the sound of a loud crash, a scream, and the following script: “Oh, my God, my foot . . . I . . . can’t move . . . it. Oh . . . my ankle, I can’t get this . . . thing . . . off me.” The tape played sounds of weeping and moaning. Here again, the question was simple: Would anyone check on the receptionist, and how long would it take? It may be comforting that 70 percent of the subjects who waited alone checked on the receptionist. It will not be comforting to learn that when the subjects were waiting with a stranger who ignored the receptionist’s plight, only 7 percent of the subjects intervened.

A third experiment revealed even more indifference. In this setting, subjects were ushered into individual cubicles and asked to talk via intercom with other subjects about the problems they experienced in college. One subject, secretly a confederate of the investigators, revealed that in addition to all the usual stresses of college, he was embarrassed because he had a seizure disorder. He then grew increasingly incoherent, saying: “I-er-umI think I-I need-er-if-if could-er-er-somebody er-er-er-er-er-er-er give me a little-er-give me a little help here because-er-I-er-I’m-er-er h-h-having a-a-a real problem-er-right now and I-er-if somebody could help me out it wouldit would-er-er s-s-sure be-sure be good . . . because-er-there-er-er-a cause I-er-I-uh-I’ve got a-a one of the-er sei—-er-er-things coming on and-and-and I could really-er-use some help so if somebody would-er give me a little hhelp-er-uh-uh-uh (choking sounds). . . . I’m gonna die-er-er I’m . . . gonna die-er-help-er-er-seizure-er (chokes, then quiet).”

There have been countless variations on the design, but the inherent message remains the same: in social situations, there is a diffusion of responsibility. If a bystander sees that other witnesses are doing nothing, then he or she will also do nothing—“bystander apathy,” as Darley and Latané put it so pungently.

From Anatomy of Malice by Joel E. Dimsdale, published by Yale University Press in 2016. Reproduced by permission.

Joel E. Dimsdale is distinguished professor emeritus and research professor in the department of psychiatry at the University of California, San Diego. He lives in San Diego, CA. 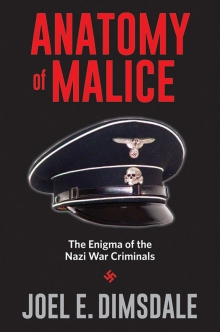 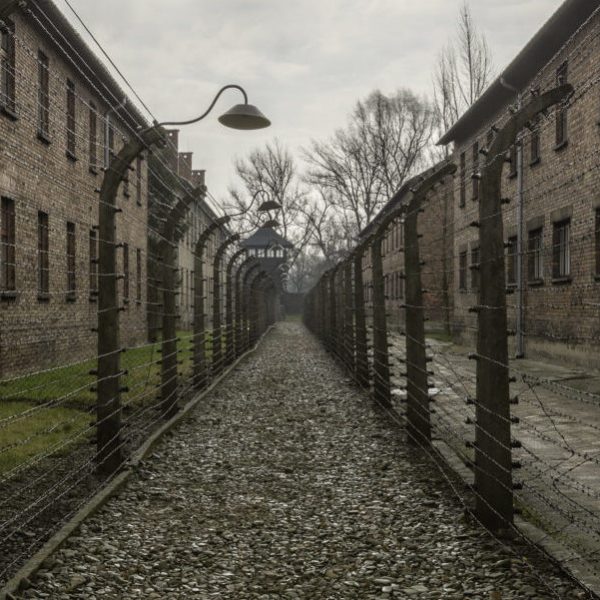 Architect of the Holocaust 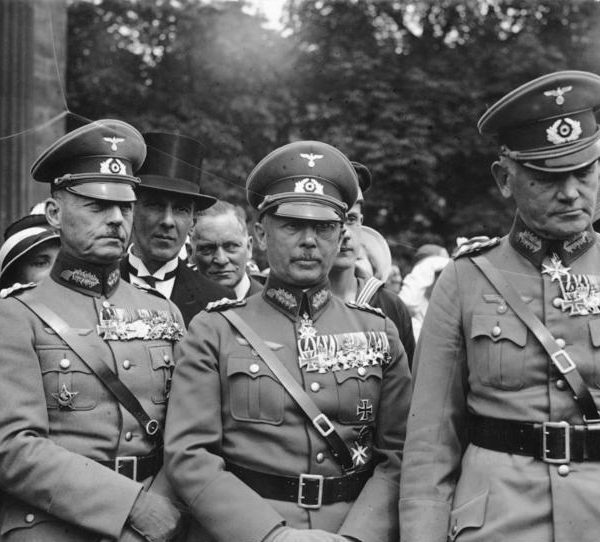 Hitler’s Generals: The Origins of Complicity

Ben H. Shepherd— For decades after the Second World War,…

Words and Politics: Lessons from Nuremberg